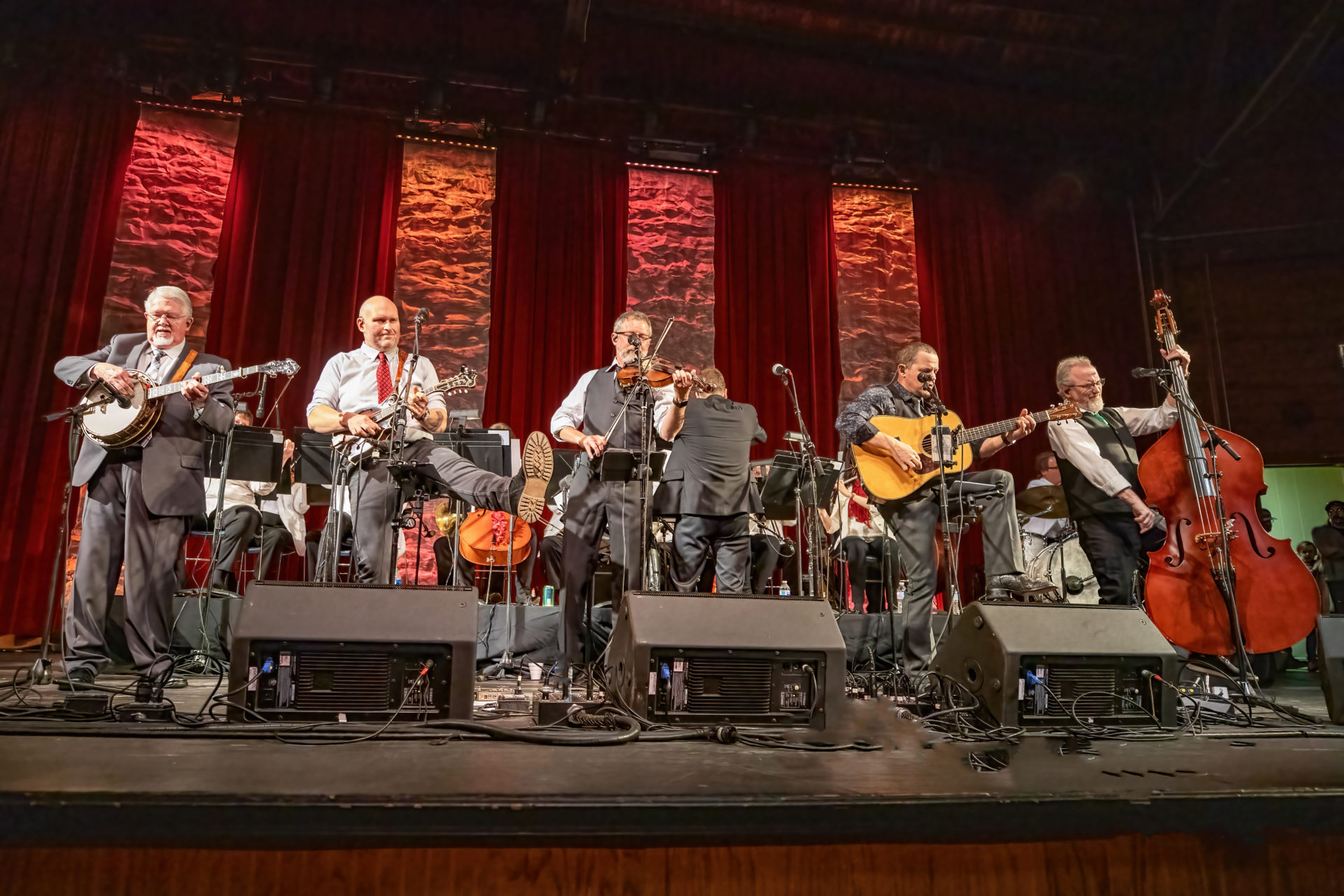 Mountain Overture is the best of award-winning bluegrass group Balsam  Range’s hit songs produced and recorded with the Atlanta Pops Orchestra Ensemble. As they take the show on the road the feel of the mountains of Western  North Carolina are ever-present and enhanced by the wash of the orchestra  creating a cocktail of sound that let’s the audience immerse themselves in  an atmosphere layered with vocal harmonies, subtle strings and when called for driving rhythms. The music of Balsam Range is storytelling at its  finest and enhancing their finest is a unique pairing that evokes the music  of the mountains with the age-old genre of orchestral music.

The 2018 International Bluegrass Music Association’s Entertainer of the Year,  Balsam Range, has become one of the genre’s most award-winning acts. Since  forming in 2007, the group has garnered 13 IBMA awards on the heels of 8  critically acclaimed albums. Balsam Range has left audiences spellbound while  headlining major festivals from coast-to-coast, selling out venues across the  nation and in multiple appearances at the Grand Ole Opry; including their  recent appearance at the Opry in July 2019. The band collaborated with the  Atlanta Pops Orchestra to record 2 albums, the second of which, Mountain  Overture, debuted on the Billboard Bluegrass Chart at #5 and the Classical  Crossover Chart at #6. Balsam Range’s previous outing, Mountain Voodoo,  debuted at #4 on the Billboard Bluegrass Albums Chart and remained on that  chart for 45 weeks. Three singles from that album reached #1 on the Bluegrass  Today Chart, including Blue Collar Dreams, which spent three consecutive  months at the top.

The  current  conductor,  Dr.  Jason  Altieri  was  appointed  in  2010  and  has  brought  the  Atlanta  Pops  into  a  new era  with exciting  innovative  programs and guest artist opportunities that continue to entertain and educate audiences both  nationally and internationally. The Pops features a broad range of guest soloists and new talent  including  Chloe  Agnew,  of Celtic  Woman,  John  Driskell  Hopkins  of  Zac  Brown  Band,  award winning bluegrass group Balsam Range, and Broadway  stars as well as hip –hop artists, blues  rockers, beatboxers, and more.